Temple Worshippers Society for the Hindus, by the Hindus

Our goal is to retrieve, restore & rejuvenate temple sanctity, divinity & practices. And empower the community to manage the temples as they have been for several centuries.

For over one thousand years our lives have centered around temples. A village was inhabitable only if there was a temple.The emperors and kings of yore, wealthy men, the man on the street donated huge resources for.....

The are six core functions that must be performed, diligently, faithfully

The dynasties that ruled Southern India, thePallavas,Chozhas, Chalukyas, Pandiyasand the Nayaks of the Vijayanagar Kingdom, between 550CE and 1450CE for a continuous period for almost 1,000 yearswere great temple builders. Each dynasty not only built new temples, they also expanded and embellished existing ones. Over time, temples became the cradle for culture, arts, crafts, knowledge and education.

The goal of TWS is to retrieve and restore the temple sanctity, divinity and practices. The local community should manage the temples. A ‘secular’ Government has no role in running Hindu Temples. As indeed the Government does not and has no role in managing other religious places.

Each temple has its unique lore, traditions – these must be preserved. Only the local community who understand and are part of the tradition can preserve them, hold them in trust for future generations.

There are seven sacred functions that have to be carried out by the custodians of the Temple.

• Worship & preservation of temples as per agama sāstrās and traditions
• Anna dhānam – not to be confused with what govt is now doing inside a few temples which is against agama sastras.
• Veda pātashala, agama Patasalas, & promotion of traditional arts and temple related sciences
• Facilities and dignified livelihood for priests & other temple sevaks
• Chatrams for worshippers & pilgrims
• Goshālās associated with every temple
• Satsangs&Pravachanam to enlighten Hindus on their traditions & culture.

In current times, when Hinduism is under attack from other religious money bags, propagation of Hindu thought and values is not even in the agenda of temples, which are quite rich to carry out such programs.

The TN Hindu Religious and Charitable Endowments Act 1959 and its predecessor acts, have permitted unbridled loot of temple wealth, destruction of temple architecture and neglect of worship. The HR&CE 1959 act itself is unconstitutional.

TWS will legally seek to retrieve the Temples from the clutches of a ‘secular’ Government and support the local communities to manage them as they have been for several centuries.

TWS will legally seek to retrieve the Temples from the clutches of a ‘secular’ Government and support the local communities to manage them as they have been for several centuries.

In the last few months we have initiated a few legal actions:

1. Several RTI queries on the state of funds of famous temples: the audit report on collections from Temple properties in TN is attached.
2. Legal notices issued to stop demolition of a an ancient temple – KangeyamPappiniPeriyanayagi Amman Kovil
3. Served objection notice on HR&CE to stop renewal @Rs.3,000 per month for 29 years and 11 months years, 18-ground land with building on Greenways Road, RA Puram, Chennai (worth Rs. 90 crores)
4. Working on a petition to be filed in the SC to declare the HR&CE Act 1959, null and void.

There are seven sacred functions that have to be carried out by the custodians of the Temple.

Over many centuries, generations of Bhaktas (from Kings to commoners) generously donated, mostly in the form of land, for sustaining our Temples.

For example, ĀandyMudaliar donated 15 acres of land in 1870 for performing Ardhajamampoojas at the Sri Kapaleeswarar temple in Mylapore, Chennai. This land, on the Greenways Road, right next to Boat Club area, the most expensive real estate in Chennai, is worth almost Rs.1,200 cores! How much ‘income’ does the temple get from his land? Exactly Rs.3,000 per month!

This land is just part of a large tract of land in Greenways and is only one of the many properties of Sri Kapaleeswarar Temple, Chennai.

In Tamil Nadu 38,000 temples own more than 4.78 lakh acres of agricultural land, 22,600 buildings and 33,600 ‘sites’. All these properties are ‘managed’ by the Hindu Religious & Charitable Endowments Department of Tamil Nadu Government. They reported revenue of Rs.303.64 crores! (2011) from these properties.

Just one property of Sri Kapaleeswarar temple referred above has a potential annual rent value of Rs.30 crores. It is obvious that the rent charged for the properties are extremely low. Of the Rs.303.64 crores revenue reported from temple properties, only Rs.36.04 crores amounting to 12% of even these abysmally low rents are collected. Many such receivables are overdue for decades! In any organization, commercial, charitable, not-for-profit, this kind of financial management would result in sacking of the entire management team!

Apart from land and other immovable properties, the temples had, and we use the past tense intentionally, vast quantities of ornaments and pooja vessels, made of gold, silver, diamonds and precious stones. Jewels from 215 temples have been stolen in the last 60 years. The HR&CE department is the custodian of temple wealth.

Unfortunately, this department does not even reveal the actual value of the jewels stolen. In many cases the loss of jewels is not known to the outside world at all.

No external audit of Tempe Jewels or properties have been conducted since 1976. and even on the findings of gross misappropriation and mismanagement by the internal audit department no action are taken.

On December 22 2010, devotees of the ancient Sri Patteesswarar Temple, at Perur, Coimbatore, discovered that about 156 globes made of gold and 108 globes made of silver, in the palanquins of the God and Goddess were missing. This came to light only when the Golden and Silver palanquins were taken out in procession.

Huge quantities of jewels said to be valued between Rs.1lakh to 5lakh crores were reported to be in the possession of Sri Padmanbhaswamy Temple, in Trivananthapuram. It is not inconceivable that several large ancient temples in Tamil Nadu would have possessed equal value of precious ornaments and jewels. Most of this wealth has been stolen and continues to be plundered. Sad to say, under Government patronage and neglect.

Each temple has a unique set of rituals, norms of worship defined by agama sastras. Even the upkeep, maintenance and expansion are guided by age oldsatras. Our ancestors, kings, emperors and other devotees all adhered to agama sastras while constructing temples. All of our ancient temples have been expanded and renovated at some time after they were originally built. It is difficult for the untrained eye to spot the additions, for they blend harmoniously into the whole.

Each temple has a unique set of rituals, norms of worship defined by agama sastras. Even the upkeep, maintenance and expansion are guided by age oldsatras. Our ancestors, kings, emperors and other devotees all adhered to agama sastras while constructing temples. All of our ancient temples have been expanded and renovated at some time after they were originally built. It is difficult for the untrained eye to spot the additions, for they blend harmoniously into the whole.

What has been preserved and tastefully embellished over centuries are now being destroyed by the crass babus of HR&CE.

Are the nithyapoojas, worship conducted? Here too there is total and complete neglect.

There are no facilities for ordinary, poor worshipers – the Kings of Yore built Dharmashalas and Chatrams for devotees. To-day there is not even a rest room in the vicinity of any temple. It is disgusting to see passers by urinating around temple tanks. 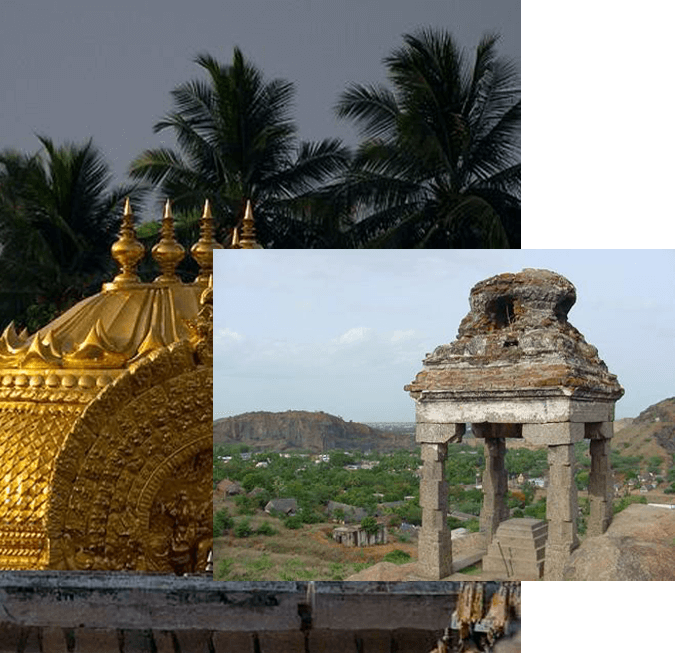 Temple Worshippers Society is a group of concerned Hindus. Our goal is to retrieve the temples from the unholy clutches of a ‘secular’ government, restore their sanctity and once again make temples the center of our life and culture. As intended by generations of our forefathers over many centuries.

Our strategy is to expose the mismanagement and desecration of temples by a ‘secular’ Government, confront them by legal means.

We intend to help restore the management of temples and their properties to the local communities. Provide them with sastric, agamic and historical research and information on individual temples. So that they can be preserved and passed on to posterity.

Fill out the form below and one of our team members will reach out to you shortly.