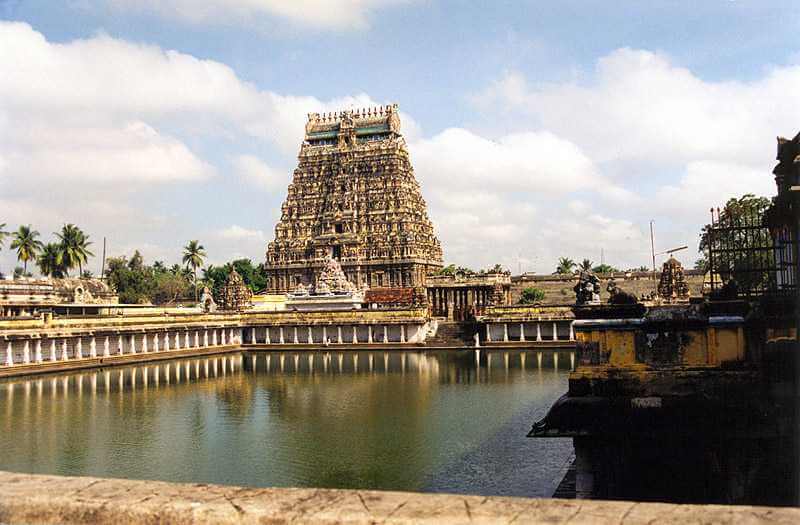 The landmark judgment of the Hon’ble Supreme Court of India, quashing the appointment of an “Executive Officer” by the Tamil Nadu Government for Sri Sabhanayagar (Sri Nataraja) Temple in Chidambaram was delivered on 6th January 2014.

Chidambaram temple, from its inception, was administered by a community of Brahmins known as “Podu Dikshitars”. They Brahmins are found only in Chidambaram, the ancient town of the Chola Kingdom, which has been their domicile for more than twenty centuries. Chidambaram Temple is a fine example of a Temple belonging to a religious denomination. The Manual of South Arcot District published in 1878 CE records that Sri Nataraja temple of Chidambaram is the property of the community of Podu Dikshitars.

For the Podu Dikshitars, it was their second victory in the Supreme Court, ironically, on the same issue. When the Madras Government tried to take-over the Chidambaram Temple in 1951 through a “notification”, the said notification was quashed by a Hon’ble Division Bench of the Madras High Court by a judgment dated 13 December 1951. The Division bench, inter-alia observed “…we are satisfied that the order on which the notification was issued is without any foundation and proceeded on a total misconception of the facts.”

It took eight months for the Government of Tamil Nadu – after the pronouncement of the judgment by the Hon’ble Supreme Court in Dr. Subramanian Swamy & others vs. State of Tamil Nadu & others – Chidambaram Temple Case – to wake up from its slumber and issue a Government Order to remove the Hundies illegally installed by it in the temple and the snacks stand it had forced on the temple, styling it fraudulently as the “Prasad” stall. However, the Tamil Nadu Government did state in that Government Order No. 232 dated 19 September 2014 an important dictum of the Apex Court found in the judgment, viz.,

“Even if the Management is taken over to remedy the evil of mismanagement, it must be handed over immediately after the evil is remedied. Therefore, the management by State can only be for a limited period, failure to prescribe the duration in the impugned order would make it liable to be set aside…”

This, in essence, is and should be the principle, by which Central or State Governments, as appropriate, can take over the management of an establishment or organisation for reasons of better management. For example, when the Reserve Bank of India feels that the Board of Directors of a Bank or a Cooperative Bank should be suspended and replaced by a Board constituted by it, it would do it only to rectify the evils caused by mismanagement. And the new Board constituted by the Central Banking Authority would be for only a limited period, say 6 months to 1 year.

Company Law Board adopts parallel methods in the matters of Limited Companies and so do the State Governments in securing the administration of Cooperative Societies when serious mismanagement occurs in such organisations. The takeovers are always for the specific purposes of curing the mismanagement and weeding out the violators of law.  The period of such takeovers is always a limited period, which is spelt out clearly at the time of takeover.

Why is it that the Tamil Nadu Government, after specifically stating “the Management by State can be only for a limited period” in the Government Order No.232 passed by it in September 2014, continues to retain absolute of control of 38,000 Hindu temples for more than 6 decades?

Once taken over, such Hindu Institutions would be quickly converted as extensions of the Government Department of Hindu Religious Endowments and permanently remain under the control of the Government. The temple staff including priests would play second fiddle to the deity and would primarily be made to wait on the ignoramus but pompous political goons and on the arrogant and corrupt Babus.

Volunteers and devotees of the temples would be chased away, so that more people can be appointed as “staff” by the Government. Such appointments are ‘Capital Gains’ for the party in power and for the Babus.

Funds would be then diverted from temples having good and reasonable revenues to the Commissioner’s Common Good Fund, the Chief Minister’s Annadhanam Scheme, Chief Minister’s free wedding schemes, etc. which have nothing to do with the respective temples’ tenets and ordained charities but are designed to serve vote-bank politics.

Ghosalas and Veda Patasalas and Agama Patasalas attached to the temples would be systematically closed. Funds from specific endowments would be diverted for other purposes.

Government would appoint its Babus as “Fit Persons” instead of Trustees and Trust Boards and thus Temples would become fully under its control.

Government Officials’ greed in awarding contracts would result in indiscriminate “renovations” of temples. Polished tiles and slabs would be laid instead of ancient granite flooring. Ancient mandaps would be demolished. Incongruous cement monstrosities would take avatars as new mandaps. Ancient Inscriptions would be either sand-blasted or uprooted. Irreplaceable paintings would be painted-over by charlatans. Icons and sculptures would be “damaged” so that they can be replaced and the originals smuggled out.

There will be no external audit for the temple expenses. There will no audit at all for renovation and consecration expenses.

Audit objections piled up from 1982 to 2010 for Tamil Nadu temples totalled a massive 7,39,000 objections. Most of the officials against whom such audit objections are pending are long retired and many of them even dead.

There will be systematic alienation and encroachment of immovable properties of the Hindu temples and their endowments.   Between 1986 and 2005 Tamil Nadu temples simply ‘lost’ 47,000 acres of land. Currently more than 10 million square feet of valuable sites belonging to Hindu Temples in Tamil Nadu are under encroachment.

Srirangam Ranganathaswamy Temple, which is the favourite worshipping place of the Chief Minister of Tamil Nadu, has a performance record 0.5% collection of the due income. That is, 99.5% of the rentals are uncollected.

Less than two per cent of the due income of the temples is realised by the Tamil Nadu HR & CE Department from Hindu temple and endowment properties. Tamil Nadu Hindus suffer a loss of Rs.5000 to 6000 crores annually due to this.

Put in proper perspective, this huge amount can help Hindus construct State of the Art hospitals and medical colleges in all Tamil Nadu districts, engineering colleges that rival IITs, fully equipped schools in every Taluk, scholarships to half a million students, free medical treatment to half a million needy Hindus, run Ghosalas, publish 100s of thousands of books – year after year.

Do we need the Government to administer our temples and charities?

For two generations, Hindu Citizens in India, especially temple worshippers, have been denied their fundamental religious rights to profess, practice and propagate their religion, by the systematic and permanent interventions and takeovers by Governments in Hindu Temples. In the guise of governing the secular aspects of temple administration the State Governments have nearly destroyed the religious and cultural ethos of Hindu temples. By denying the rightful use of temple and endowment properties they have pulverized Hindu charities aimed at providing values, health and education to Hindus and their children, while Religious Missionaries bent on conversion of Hindus, could do these unhindered with monies generated from their properties and institutions and from free flowing foreign funds.

Even by the unconstitutional Acts that have been brought by various State Governments, the Babus have no role inside Temples. They can be only given powers that appertain to the properties of the temples and those too for the purpose of ensuring the due income from the properties of the temple is fully realised on time and given to the temple trustees for temple purposes. Even Courts seem to have lost sight of this fundamental principle. Besides government officials have no in-depth knowledge of Hindu scriptures and practices, have no idea of conservation and protection of temple structures, sculptures, icons and paintings.

By being present inside the temples at all times, the Government servants working under political goons have deliberately kept the true devotees and volunteers away from the fulcrum of temple activities. Thus, far more money is spent in temples than that is required at all and that too without any accountability. What could be spent for propagation of particular temple tenets and charities is spent on wasteful exercises and those activities that are aimed to promote the name and fame of the Chief Minister and give freebies aimed at vote-bank politics.

The Chidambaram Temple judgment of the Hon’ble Supreme Court is clear. There can be NO takeover of Hindu temples without substantial proven mismanagement. Takeover is only to cure the mismanagement – limited purpose and limited period of operation.

The Writ Petition filed before the Supreme Court of India in the year 2012 by Pujya Swami Dayananda Saraswati and two other Acharyas of the Hindu Dharma Acharya Sabha, challenging many of the provisions of the Andhra Pradesh, Tamil Nadu and Pondicherry Hindu Endowments and Religious Institutions Acts as unconstitutional, is now slated for final hearing in July 2016.

More interested and affected parties are expected to implead in this Writ Petition. It is high time Hindus take up the defence of their fundamental religious rights in the Apex Court and get the dictum pronounced in the Chidambaram Temple Judgment declared as LAW.

Devout Hindus and sincere worshippers of Hindu Temples eagerly await a judgment that carries the dictum of the Apex Court clearly laid down in the Shirur Mutt Case (1954 AIR SC 282) and the Chidambaram Temple Case. The Apex Court should also take into account the damages done by the unlawful takeovers of temple administration by the continuing State Governments.  It should come out with a general scheme of administration that would ensure professional standards of accounting, audit and reporting besides mandating that only men and women of rectitude and steeped in religious devotion and scholarship become temple trustees. These trustees should essentially belong to the location of the temples. Such a judgment would make sure that the fundamental religious rights of Hindu Citizens of this country are not any longer rendered nugatory by the Governments and their corrupt and misfit instrumentalities.

The author is a banking professional and a research scholar of law relating to Hindu Religious Institutions. He is also the President of the Temple Worshippers Society in Chennai 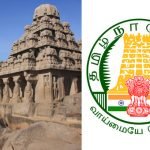 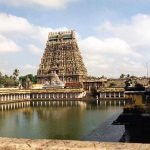 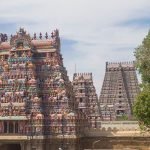 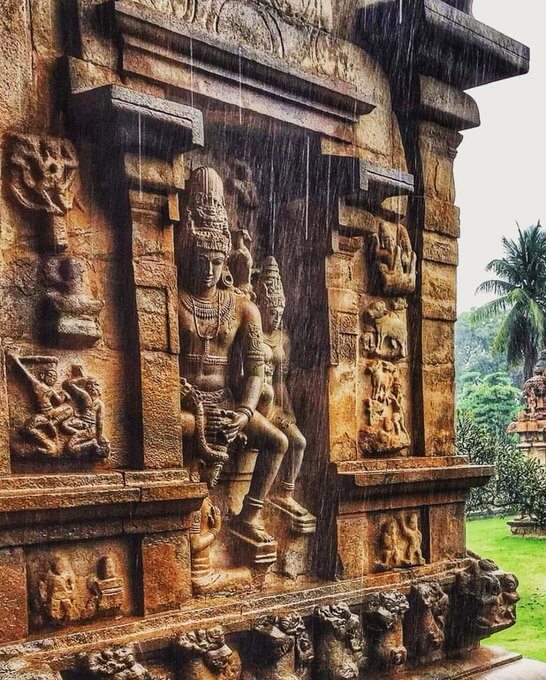 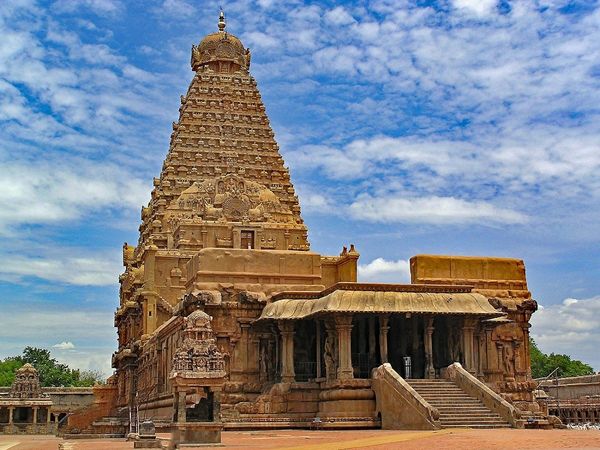 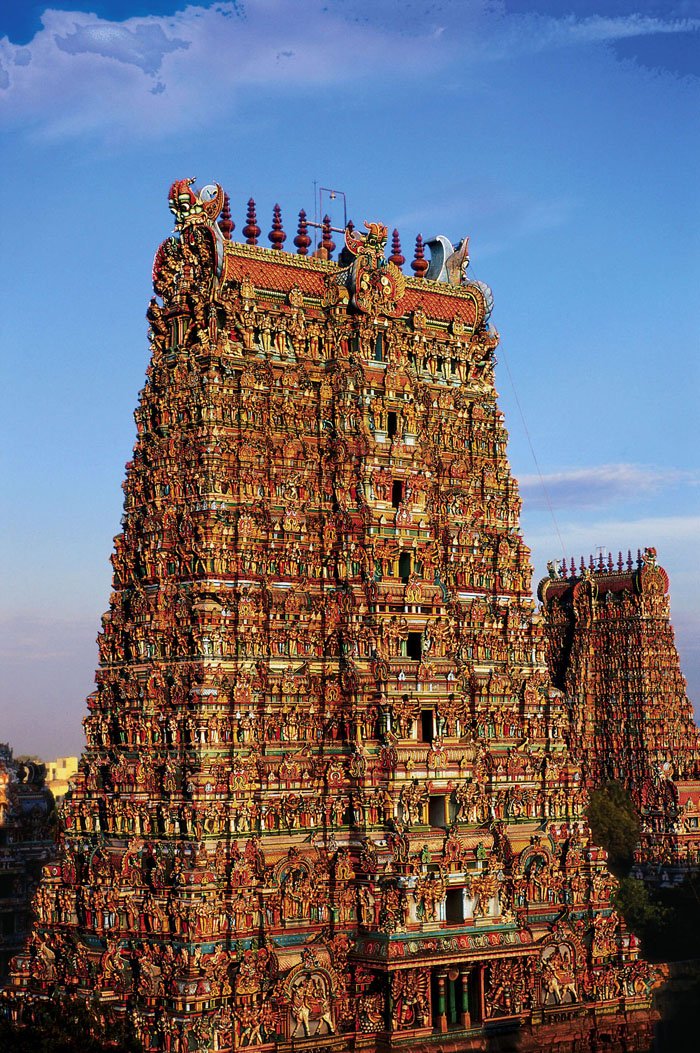 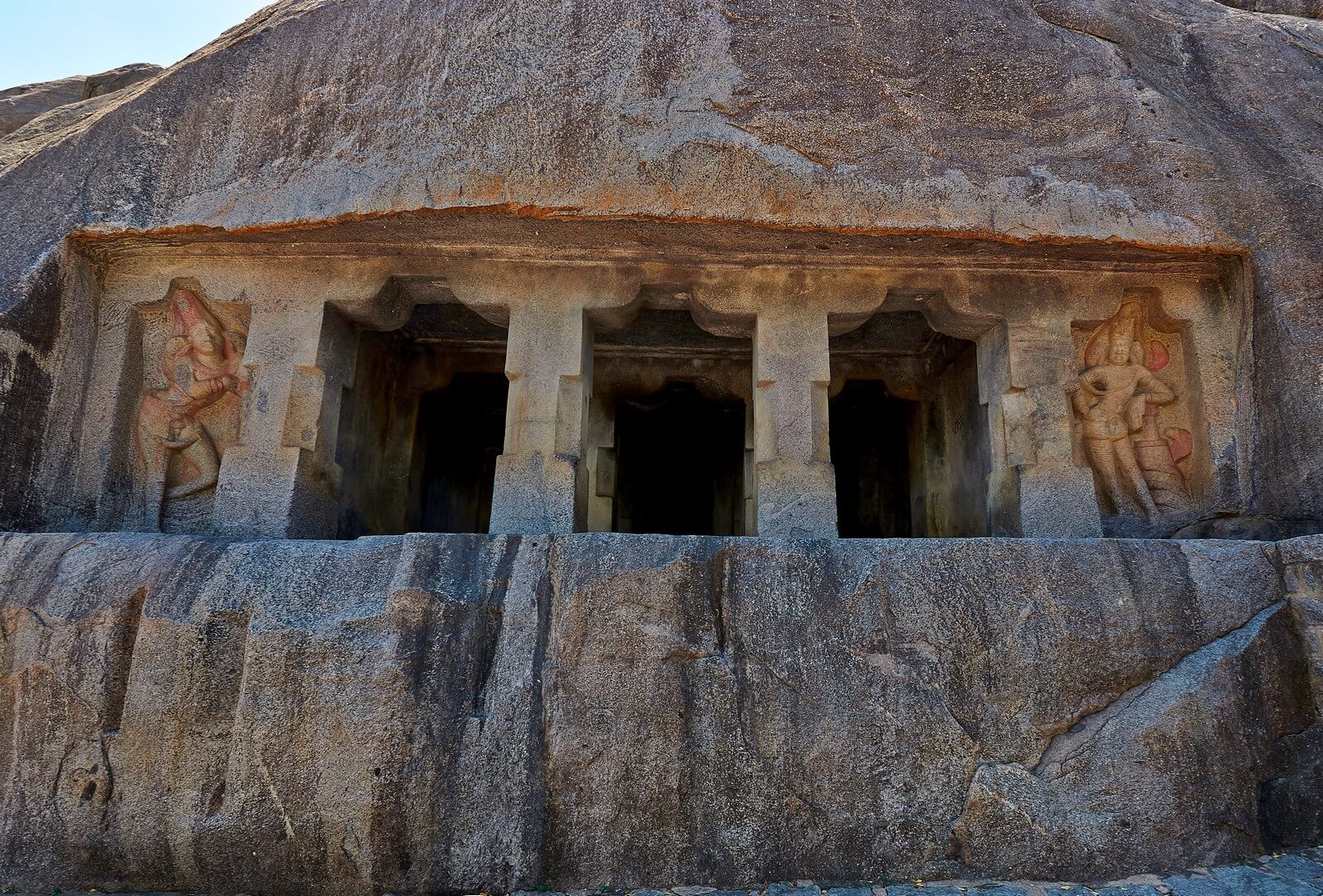 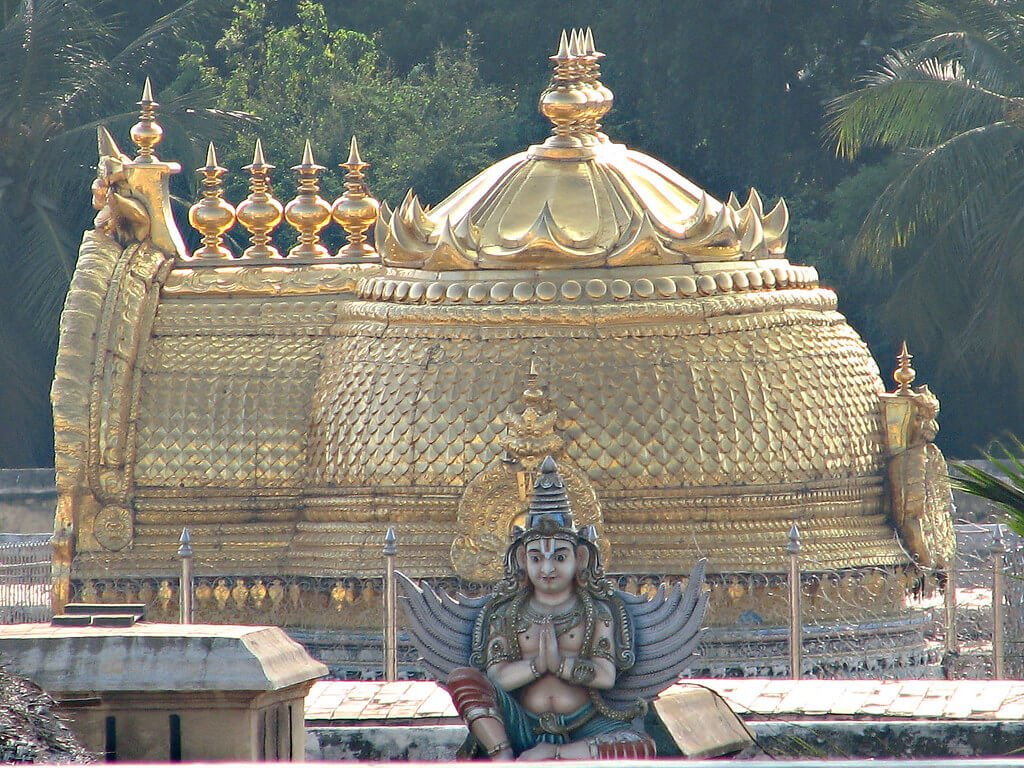 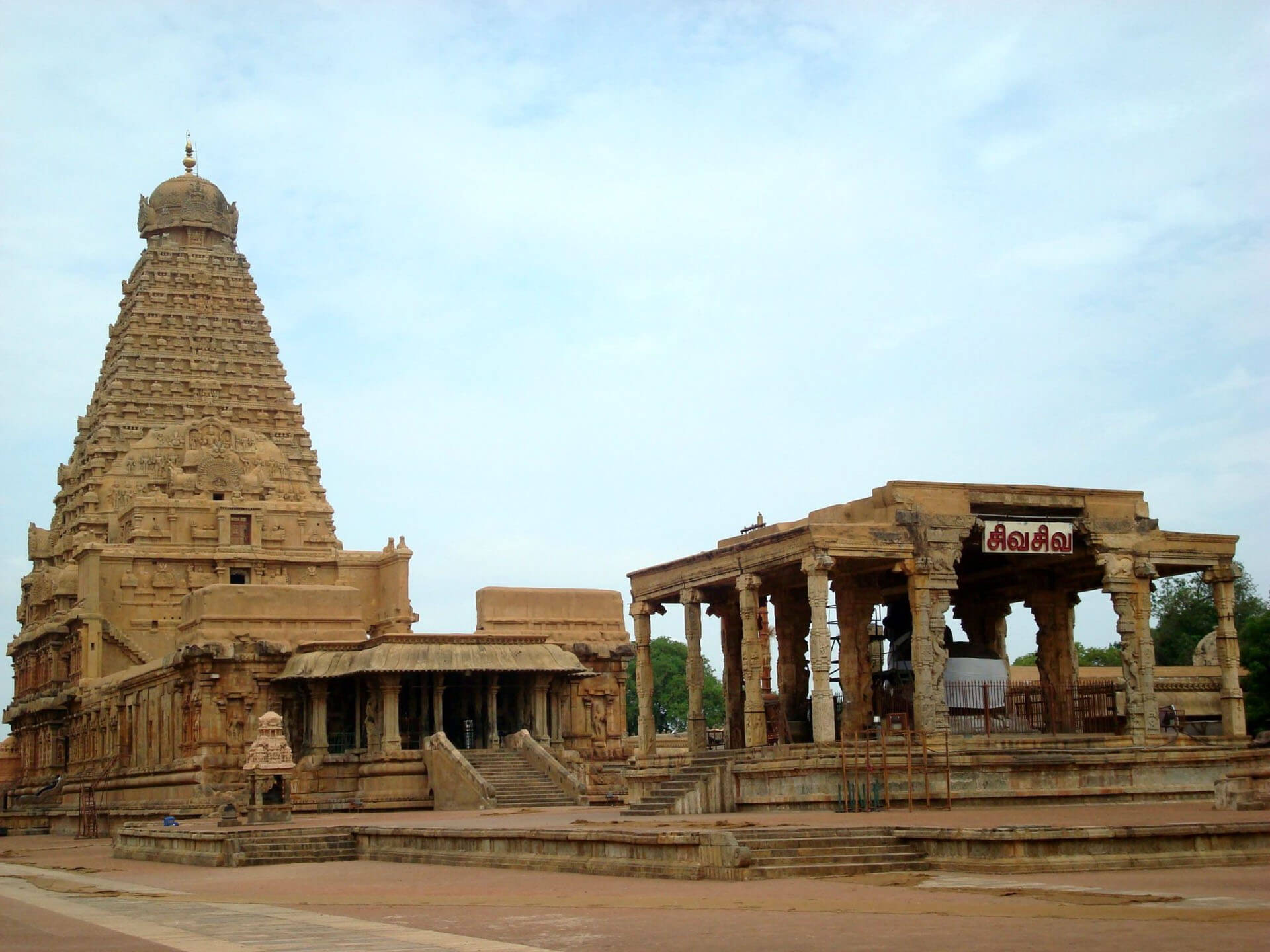